The outer shell is composed of an inner and an outer layer, the outer layer is called the shell, and the upper part is the tank mouth. The inner tank is the space in the inner layer. The interlayer is the gap between the inner and outer shells and is in a vacuum state. In order to improve the thermal insulation performance of the tank, insulation materials and adsorbents are installed in the interlayer. The tank neck is connected to the inner and outer layers of the tank with a heat-insulating adhesive and keeps a certain length. The top of the tank is the mouth of the tank, and the structure can discharge the nitrogen vaporized by the liquid nitrogen to ensure safety, and it has thermal insulation performance to reduce the amount of liquid nitrogen. The pot plug is made of plastic with good thermal insulation performance, which can prevent the large amount of liquid nitrogen from evaporating and fix the sperm cylinder. The vacuum valve is protected by a cover. The pail is placed in the tank in the tank and can store various biological samples. The pail handle is hung on the index ring of the tank mouth and fixed with a neck plug. 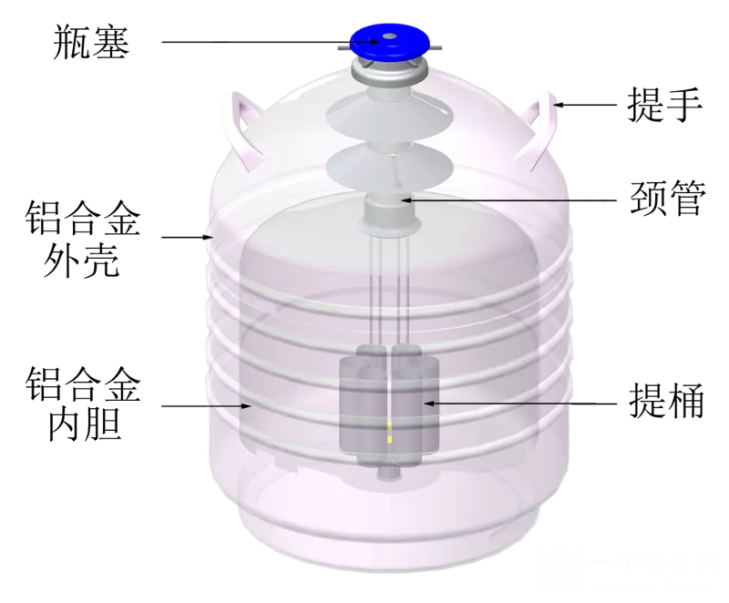 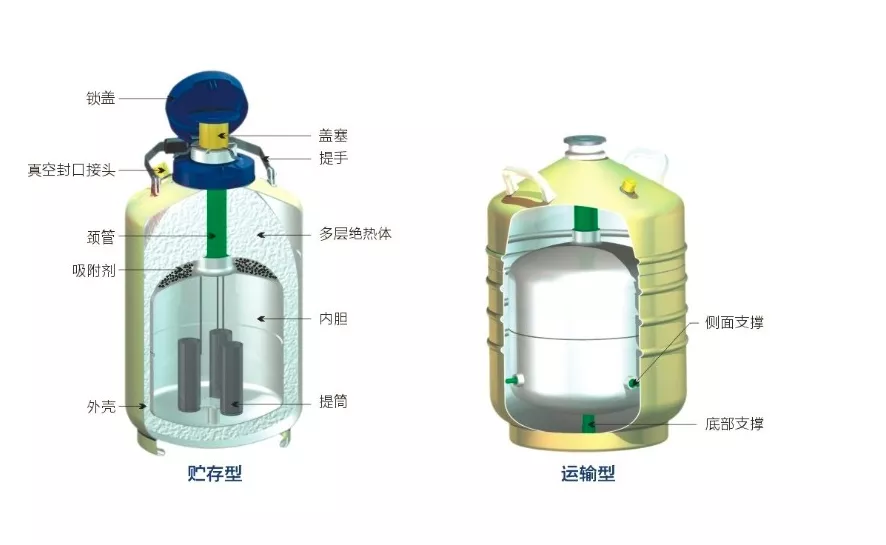 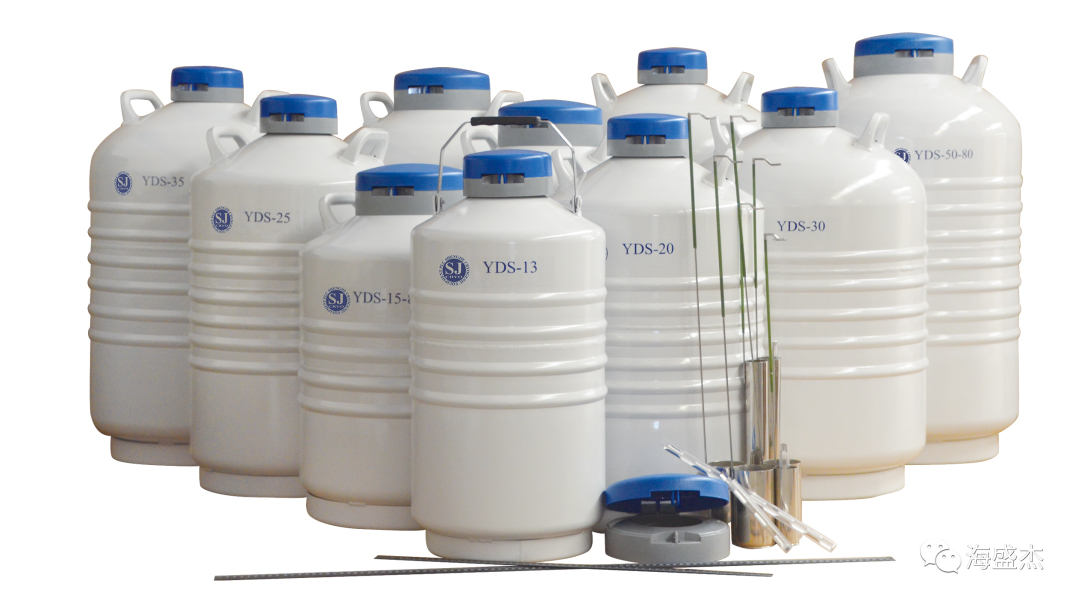 In daily use, in order to accurately determine the amount of added liquid nitrogen, you can also choose to configure corresponding professional instruments to monitor the temperature and liquid level in the liquid nitrogen tank in real time. 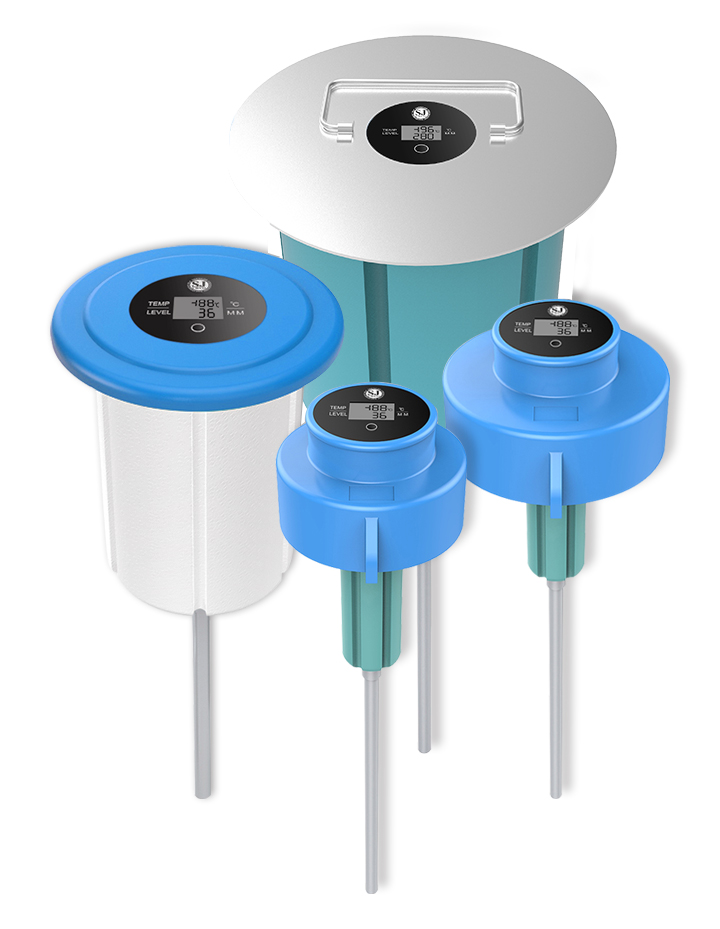 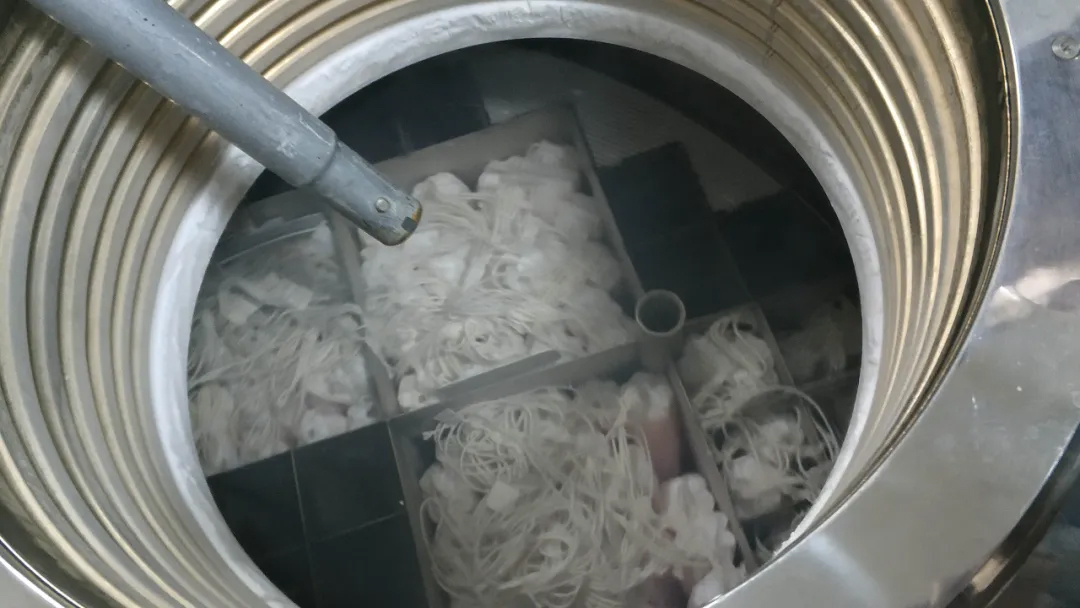 Liquid nitrogen is the most ideal cryogenic agent for preserving frozen semen, and the temperature of liquid nitrogen is -196°C. Liquid nitrogen tanks used as artificial insemination stations and breeding farms for storing frozen semen should be cleaned once a year to avoid corrosion in the tank due to stagnant water, semen contamination, and multiplication of bacteria. Method: First scrub with neutral detergent and appropriate amount of water, then rinse with clean water; then put it upside down and dry in natural air or hot air; then irradiate it with ultraviolet light. Liquid nitrogen is strictly prohibited to contain other liquids, so as to avoid oxidation of the tank body and corrosion of the inner tank. 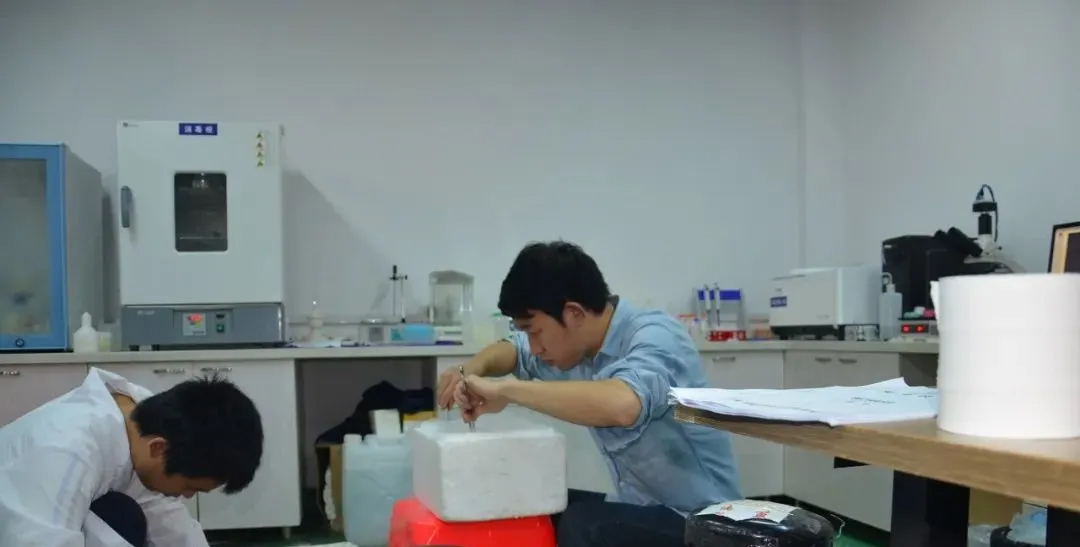 When taking frozen semen, first take out the jar stopper and place it aside. Pre-cool the tweezers. The lifting tube or gauze bag should not exceed 10 cm from the jar neck, not to mention the jar opening. If it has not been taken out after 10 seconds, the lift should be lifted. Put the tube or gauze bag back into the liquid nitrogen and extract after soaking. Cover the jar in time after taking out the semen. It is best to process the sperm storage tube into a sealed bottom, and allow liquid nitrogen to submerge the frozen sperm in the sperm storage tube. In the process of sub-packing and thawing, the operation must be accurate and skillful, the action must be agile, and the operation time should not exceed 6 s. Use long tweezers to take out the thin tube of frozen sperm from the liquid nitrogen tank and shake off the residual liquid nitrogen, immediately put it in 37～40℃ warm water to submerge the thin tube, gently shake it for 5 s (2/3 dissolution is appropriate) After the discoloration, wipe off the water droplets on the tube wall with sterile gauze to prepare for insemination.